In physics we define a wave as an oscillation accompanied by a transfer of energy through a medium (liquid matter or materialised otherwise in a space) with a certain frequency. There are two main types of waves: mechanical waves propagate through a medium by deforming the substance it is made of, such as sound waves or ocean waves; and electromagnetic waves, which do not require a medium. The phenomenon of the wave can be analysed from different perspectives, but first of all it is a matter of observation.

Observe the sea and recognise the individual waves that characterise it. After a while you will be able to estimate the characteristic wave height, the so-called ‘Significant Wave Height’, the Hs. You may also notice that some waves are larger, corresponding to the ‘Maximum Wave Height’, the Hmax. 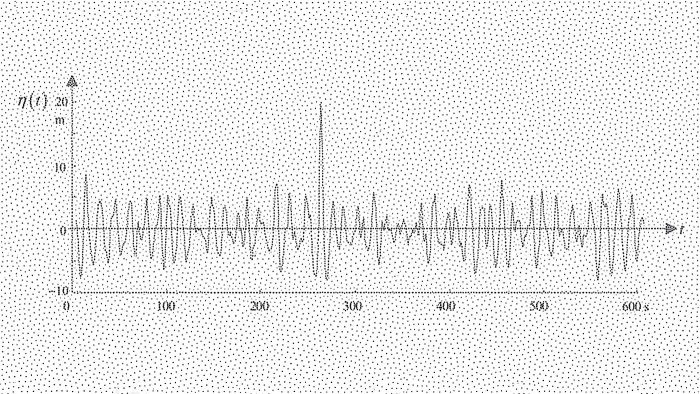 Fig.1, A freak wave measured (by laser altimeter) at the Draupner platform in the central North Sea on 1 January 1995. The crest height and the wave height of this wave were about 18.5 m and 26 m respectively, whereas the significant wave height was ‘only’ about 12 m. Image courtesy of Statoil Norge AS

The capability of observing and, as a consequence, describing the ocean waves has been a crucial point since the very beginning of physical oceanography. It continues to offer different perspectives that allow one to delve further into the physics of the processes of interest here. The irregular water surface, or ‘sea state conditions’ – from gentle to rough – can be described as decomposed into an infinite number of simple sinusoidal components with different frequencies (f) and propagation directions (θ). The distribution of wave energy among those components is called the ‘Wave Spectrum’, or F(f,θ). 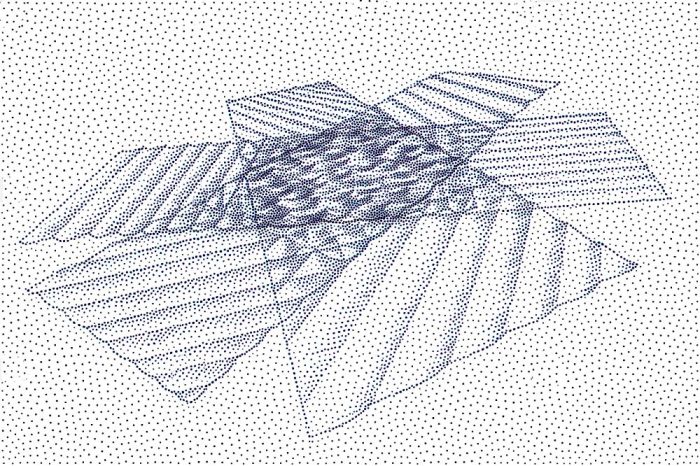 Fig. 2, Random waves moving in time, i.e. the sum of a large number of harmonic wave components travelling across the ocean surface with different periods, directions, amplitudes and phases 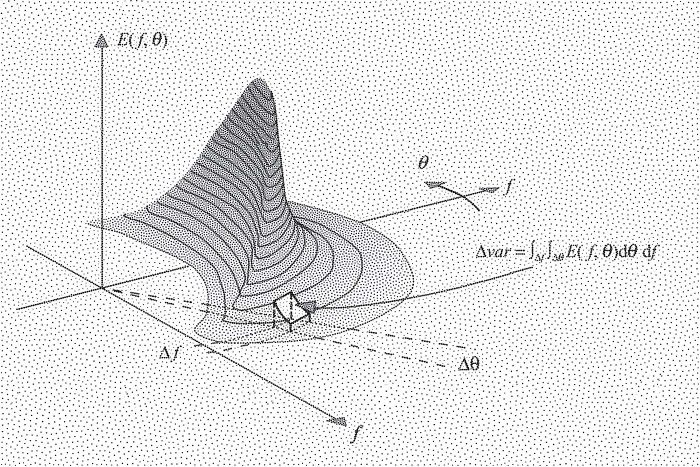 The overall appearance of the waves can be inferred from the shape of the spectrum. We are generally interested in wind-generated waves (which come with a broad distribution around a peak), statistical description of which forms the basis for the modern ocean waves prediction systems. Waves may also propagate from their generation area as swell (resulting in a well-defined peak in direction and frequency). 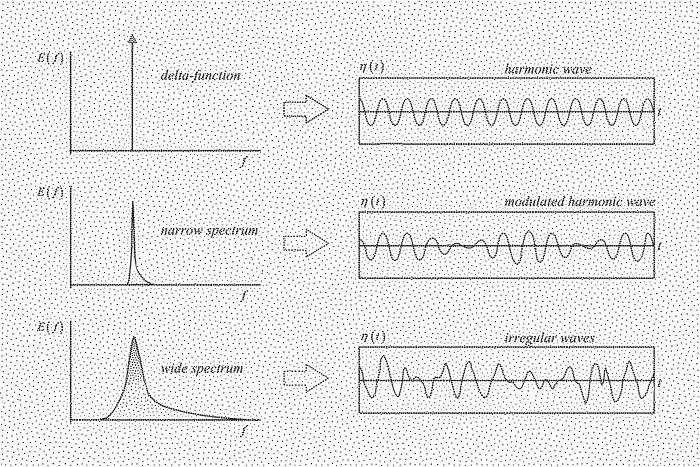 Fig. 4, The irregular character of the waves for three different width of the spectrum

The marine component of the Earth system has an important influence on the atmosphere on a range of timescales. It has long been known that the waves affect the marine boundary layer of the atmosphere by modifying the surface roughness. All forecasting systems are currently based on a coupled atmosphere-ocean (circulation)-wave model in order to take into account the considerable two-way feedback processes that derive from these interactions. But we need to bear in mind that the quantities that can be observed are strictly related to the specific needs of the human community at a certain place and time. No one sees what they don’t know to look for.

An incredible example of this interdependence is the wave-piloting technique, developed by indigenous inhabitants of the Marshalls Archipelago, and recently studied by Gerbrant van Vledder, a colleague from TU Delft. Swells generated by distant storms near Alaska, Antarctica, California and Indonesia travel thousands of miles to these locations. When they hit shores, part of their energy is reflected back out to sea in arcs, while another part curls around the island, thus creating complex geometrical wave schemes. Wave-piloting nowadays looks like the indigenous’ unique art of reading – by touch and by sight – these and other patterns, which is a complex operation that would require a supercomputer to reproduce it.

Anthropologists today are increasingly aware of the potential ways in which the physical environment – and how people habitually move through it – may shape social relationships and influence the human, seemingly innate way-finding capacities as the capability to learn about the wider world through different perspectives. Recent studies have also demonstrated that the use of GPS let us become the first unnatural long-distance migrants, followers of step-by-step instructions that highlighted the need to look around at all.

Most of what we know about ocean waves and currents – including what will happen to coastlines as climate change leads to higher sea levels – comes from models that simulate what wave patterns will probably look like at a given place and time. But our understanding of wave mechanics, on which those models are based, is wildly incomplete. To improve them, experts must constantly check their assumptions against measurements and observations.

Just like maps, all models are but representations of reality. They render the physical world in symbols and highlight important relationships that are invisible to the naked eye, with all its subjectivity. To teach way-finding, the Marshallese use stick charts, wood frames crosshatched to represent swells coming from different directions, with shells to symbolize the position of the islands. These meant nothing to the first European explorers who saw them, just like the Mercator projections meant nothing to the Marshallese. 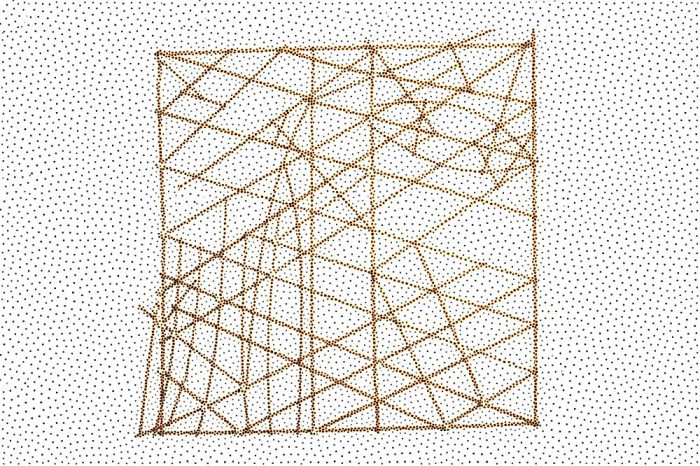 If ‘where’ is both subjective and physical, what do we need to know to figure out where we are, and, above all, where we are going? Sometimes the application of new techniques to observational data acquired at a certain moment for a different purpose may bring new insights. The Italian National Research Council has been managing the Acqua Alta Oceanographic tower since 1970. Thanks to this unique research infrastructure and to the effort of the Institute of Marine Sciences, Venice, in installing and maintaining the measuring equipment, we can take advantage of one of the longest (possibly the longest), long-term measured directional wave dataset, which has now been running for 38 years. 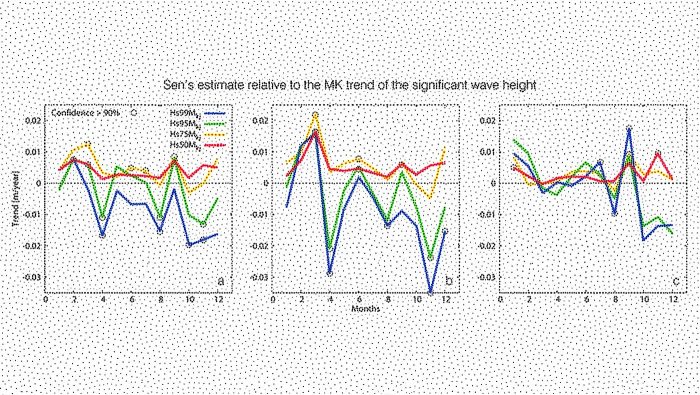 Fig. 6, Monthly trends of the 50th, 75th, 95th and 99th Hs percentiles: (a) all regimes, (b) bora regime and (c) sirocco regime. The circles identify trends statistically significant at the 90% confidence level

We used this unique dataset to describe characteristics and climatological trends of wind-generated waves in the Northern Adriatic Sea, and their link to the variability of the large-scale atmospheric circulation. In addition, the availability of a 25-year long dataset of directional spectra (in frequency and direction) for the area of interest offers an independent, but theoretically corresponding and significantly long dataset. This allows us to penetrate the wave problem from different perspectives, investigating the contribution of the individual wave systems that modulate the variability of waves in the Adriatic Sea, their associated meteorological conditions, and variation in time and geographical space.

Angela Pomaro graduated in Civil Engineering at the University of Padua in 2007. From 2004 she cooperated with the Architecture, Urban Planning and Survey Department of the University of Padua. After a work experience abroad at Studio ST Architects in New York, in 2009 she founded C+P Engineers Studio di Ingegneria Comerlati Pomaro. Since 2012 she has been cooperating with the Institute of Marine Sciences (ISMAR) of the Italian National Research Council (CNR) in Venice, within the European funded project ‘MyWave’. Her scientific interests focus on wave modelling and forecasting, as well as on data analysis and acquisition, within the fields of physical oceanography, offshore engineering and climate change.