Daily life is full of sounds: birds sing, winds blow, cars honk, neighbours fight and play loud music, bells ring, people breathe… We hear these sounds every day, but do we actually listen to them? And what if we were to live underwater? What would we hear down there?

Aristotle already noted that water is full of sounds almost 2,500 years ago. Following in his footsteps, Leonardo da Vinci discovered about 2000 years later that using a long tube with one end placed in the water and the other by our ear we can hear the very distant sound of ships. Indeed, sound waves travel five times faster underwater than through the air. But human perception is so attuned to airborne sounds that although we would hear the ships quicker underwater, it would sound strange to us. What we understand from what we hear is not only a matter of brain adaptation, but also of recognition of and in the environment.

The fact that we usually don’t listen to what goes on underwater does not mean that nothing happens there. Water carries a large spectrum of sounds: they range from biological (mammals, crustaceans) to sea-surface related (rain, wind), from natural seismic (earthquakes) to artificial (boat traffic). Low-frequency sounds (2 – 50Hz) are carried through hundreds of kilometres in water, while higher frequencies (100kHz – 500kHz) become less audible (attenuated) after a few hundred metres. 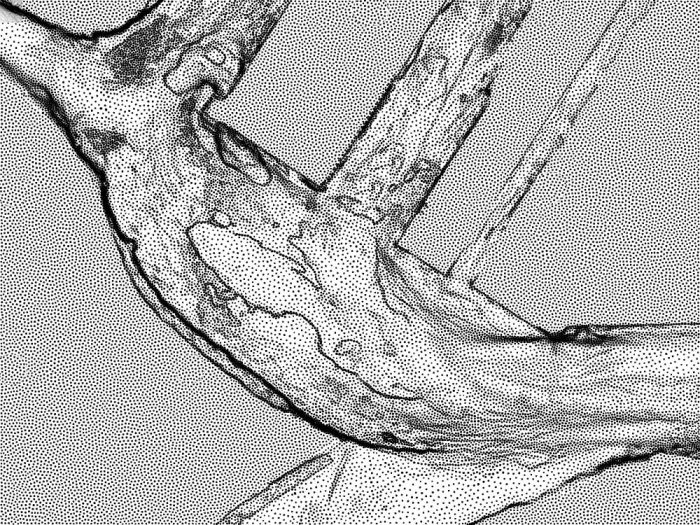 When we listen to the soundscape around us, we can hear everything that happens within the frequency spectrum that the human ear can perceive (20Hz – 20kHz). Underwater, there is a lot more to be heard beyond that frequency. The soundscape depends on frequency and range – we can simultaneously receive the distant rumble of an earthquake at 1,000 km away, the song of a whale at 20 km distance, the sound of a boat passing by at 1 km, and the snapping of shrimps at hundreds of meters.

Underwater noise is recorded using hydrophones (underwater microphones) that help us find out what goes on inside and outside of the water. Frequencies and signal amplitudes tell us whether and when it rained, if the waves are big and breaking, and whether they are pushing plenty of little air bubbles under the water or if they are just gently splashing. Or perhaps, what we heard was an enamored whale passing by and singing a romantic song? Many of us would be surprised to find out that fish can both ‘hear’ and ‘talk’, although rather than their mouths they use their fins, swimming bladders and lateral lines. We look at the signals they emit and perceive as graphs and interpret them, because most of it cannot be heard by our ears alone.

Unfortunately, we are the invaders on our planet, not only on land but also in the sea. Environmental pollution is no longer restricted to chemical contaminants, but also comprises artificial noise above and below the waterline. We are aware that loud noise can damage our ears, but do we realize that loud sounds caused by pile driving, seismic surveys, boat traffic and other noisy ‘side effects’ of our activities at sea can damage the ears of seals?

My job, and that of my fellow scientists, is to measure underwater noise and to estimate our influence on the underwater soundscape. We are finding out ever-more fascinating details about the ‘language’ and communication of sea animals, but also about the amount of stress we subject them to with our loud noises. When we record sounds in a little, quiet Venetian channel, we hear an amazing range of them, including the shrimp mating chorus. But as soon as we move our hydrophone to larger and more heavily trafficked locations, the difference is dramatic: everything is overshadowed by the roaring of motorboat engines. There is no acoustic biodiversity, only one, loud and constant noise. Imagine trying to whisper in your partner’s ear in a nightclub that has hi-tech, super loud sound equipment –it is not a very successful communication strategy.

Can we find anything good in sending even more sound underwater, then? Underwater acoustics can provide plenty of valuable information about the underwater environment and give us a 3-D image of this world. The high-frequency acoustics (200kHz – 400kHz) do not interfere much with ocean creatures, and are beyond the hearing capability of human ears. When visualized, however, they can be used as a ‘third eye’ to image underwater reality. 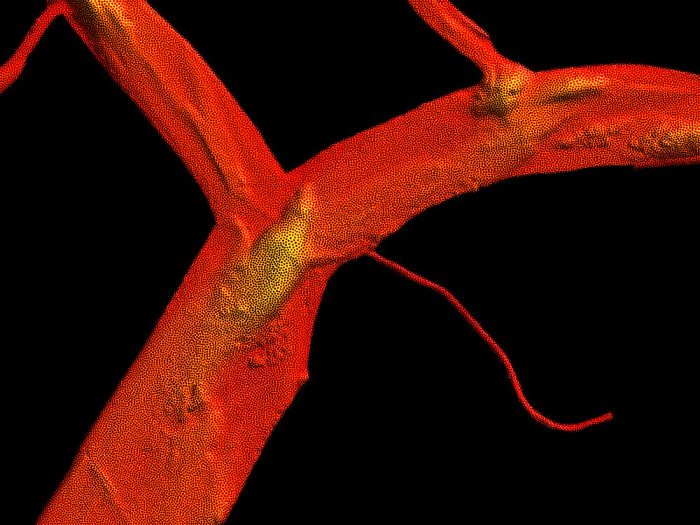 Fragments of the bathymetry of the Venice lagoon

Acoustic waves being sent towards the seabed are reflected by most of the little obstacles they meet on the way, until they finally hit the bottom to create a full echo. These signals are recorded by receivers and analyzed to create a highly reliable picture of the underwater environment. These echo-sounders are designed for imaging deep and shallow seas, just like satellites are designed for monitoring the Earth’s surface. Based on the signal’s travelling time and echo amplitude, we can not only create a detailed map of the depth (bathymetry) of the sea bottom, with very high resolution (in centimetres), but also tell if the seabed is hard, soft, sandy, rocky or muddy, whether it has any vegetation growing on it, or maybe a lot of fish swimming above it. All of these data can be retrieved without the help of divers, cameras or other sampling equipment – they are simply provided by sound waves.

Like every tool in human hands can be equally powerful and destructive, underwater sound can be both too, depending on how we use it. I am trying to apply acoustics for a better understanding of the underwater world, which is the main environment of our planet, but remains both mysterious and unknown. Through sound wave interpretation we can collect information from our oceans that is not available via direct, human experience (seeing, touching, but also hearing), and recreate it in a much more familiar visual imaging of canyons, mountains or meadows. We can also fill these visual illustrations with the snaps, hums, squeaks or rasps emanating from underwater creatures that make the landscape of the sea floor both resonate and come alive.

Aleksandra Kruss was born in Poland and currently lives in Venice, Italy. A trained marine physicist and philosopher, she is an explorer of the underwater world. After finishing her philosophical degree at the University of Gdansk (Poland), she decided to move her focus from meta-physics to physics. During her studies at the Technical University of Gdansk, she embarked upon a new adventure: imaging the marine environment using acoustic tools. She has been working in the UK, Spain, the Arctic and Italy, focusing mainly on the morphology and habitats of the sea bottom. In Venice, she investigates lost treasures of the past and underwater noise – the audible sign of our current civilization.