Alien, exotic, non-indigenous, or non-native species are species that have been transported beyond their natural ecological range as a result of human activities. Most of these species are unable to survive in their new and unfamiliar environment without human intervention, but some of them can fully adapt to it and establish their populations causing significant ecological and economic damage.

These detrimental species are known as ‘Invasive Alien Species’ (IAS), and it is well-established that their introduction and spread outside their natural ecological range poses a big threat to biodiversity and the economy. It is estimated that there are already over 12,000 alien species in Europe, of which more than 1,300 are invasive. European IAS can be found among all main taxonomic groups –mammals, amphibians, reptiles, fish, invertebrates, plants, fungi, bacteria and other micro-organisms – and are found in many different habitats, on land and in fresh-, brackish and seawater. Based on documented costs, the total monetary impact of IAS in Europe reaches about €12.5 billion per year, while a still underestimated, but more reliable value has been extrapolated and quantified as €/y20.0 billion.1Kettunen, M., Genovesi, P., Gollasch, S., Pagad, S., Starfinger, U. ten Brink, P. & Shine, C. ‘Technical support to EU strategy on invasive species (IAS) – Assessment of the impacts of IAS in Europe and the EU (final module report for the European Commission). Institute for European Environmental Policy (IEEP)’ (Brussels: IEEP (Institute for European Environmental Policy, 2008). 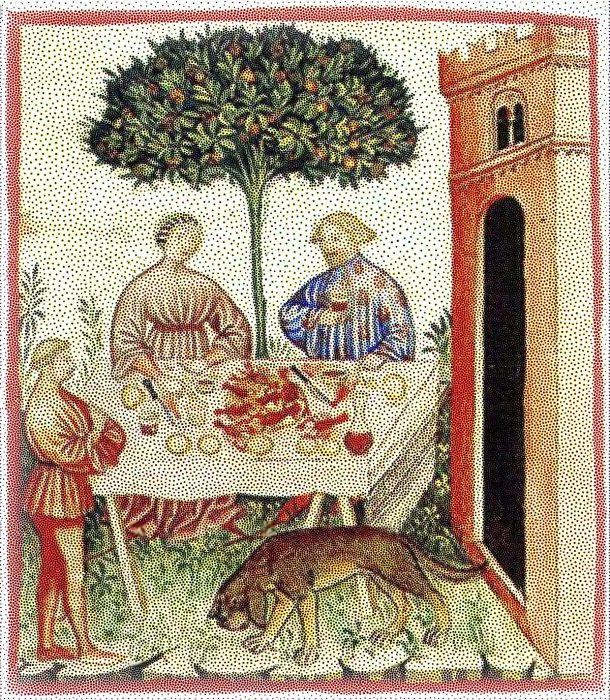 Miniature from the Medieval treatise of medicine, Theatrum Sanitatis 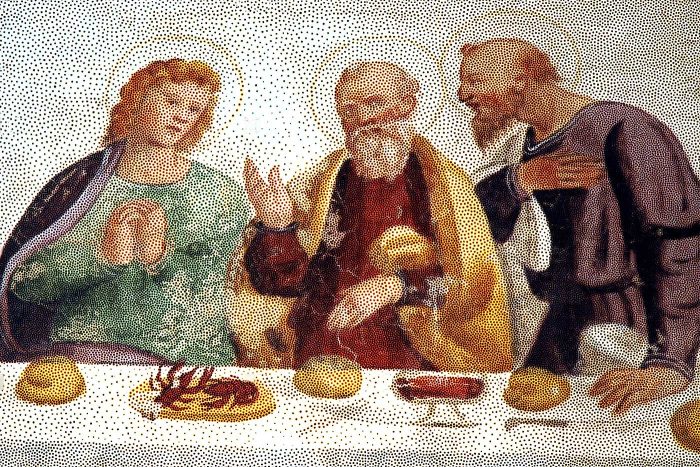 The acute increase in international trade, tourism and travelling, house pet commerce, transportation of items, goods and people, has created new, unprecedented ways for living organisms – such as animals, plants and even very small or microscopic creatures – to cross country and biogeographic borders.

World trade has become the primary driver of one of the most dangerous and least visible forms of environmental decline: thousands of species are hitchhiking to new homes aboard ships, planes, and trains and in the process are degrading ecosystems, threatening public health, and costing billions of dollars annually. 2Bright C., ‘Invasive Species: Pathogens of Globalization’, Foreign Policy, No. 116, 1999, pp. 50-64.

So-called ‘globalization’, alongside climate change, is largely responsible for the introduction and diffusion of non-native species in regions that are definitely different from their natural habitats. IAS are considered the second cause of biodiversity loss after habitat destruction, and in particular an analysis of the International Union for Conservation of Nature (IUCN) ‘Red List’ (list of threatened species, and the world’s most comprehensive inventory of the global conservation status of plant and animal species) shows that ‘… they are the second most common threat associated with species that have gone completely extinct, and are the most common threat associated with extinctions of amphibians, reptiles and mammals …’

What is more, IAS are a serious obstacle for the conservation and sustainable use of biodiversity: they are responsible for numerous health problems (e.g. allergies and skin damage), they reduce yields from agriculture, forestry and fisheries, they cause land degradation, and can lead to decline in recreational or cultural heritage values associated with landscape and natural beauties. Europe now considers the proliferation of IAS as an emerging issue, assessing IAS introductions as one of the main recorded causes of biodiversity loss, resulting in serious damage to the economy and people’s health.

IAS have been defined as ‘pathogens of globalisation’3Ibid. and also ‘biological pollutants’.4(Elliot, 2003). Unlike chemical substances, they reproduce and diffuse autonomously, and can rapidly adapt to environmental changes. Their impact can increase over time, also after their introduction has reached its end. According to Simberloff et al ‘Alien species invasions are regarded as one of the most powerful instruments by which humans transform the planet’ and they cause homogenisation,5Simberloff, D., Martin, J.L., Genovesi, P., Maris, V., Wardle, D.A., Aronson, J., Courchamp, F., Galil, B., García-Berthou, E., Pascal, M., Pyše,k P., Sousa, R., Tabacchi, E. and Vilà, M., ‘Impacts of biological invasions: what’s what and the way forward’, Trends in Ecology & Evolution, Vol. 28. No. 1, 2001, pp. 58–66. or ‘McDonaldization’ of ecosystems, to the point that this process will lead Earth to a future ‘Homogocene’ era, as Rosenzweig calls it.6Rosenzweig, M., ‘The four questions: What does the introduction of exotic species do to diversity?’, Evolutionary Ecology Research, Vol. 3, No. 3, 2011, pp. 361-367.

If ‘… alien species are one of the major agents of human-accelerated global change (they threaten biodiversity, alter ecosystem structure, functions and services, inflict large economic costs and cause serious problems to human health) …’ it is important to outline that the loss of biodiversity is not only a loss of habitat and species, but also of connections and traditions related to ecosystem services and territory.7Mazza, G., Tricarico, E., Genovesi, P. and Gherardi, F., ‘Biological invaders are threats to human health: an overview’, Ethology Ecology & Evolution, Vol. 26, Nos. 2/3, 2013, pp. 112-129. The defense and valorization of biological diversity has a higher and more considerable significance than the simple protection of the environment. In fact, it includes the protection of stories, cultures, social, and identity values of the local communities. We could say that if we lose biodiversity we lose a piece of our own identity.

Tiziano Scovacricchi is a research biologist at the Institute of Marine Sciences (ISMAR) of the Italian National Research Council (CNR) in Venice. He graduated at the University of Padua and with a Master degree in Agri-Food Economics and Business from the Catholic University of Cremona. His main interest and expertise lies in the field of biology and reproduction of crustaceans, and more recently in issues dealing with the introduction and the diffusion of invasive alien species such as the Louisiana red swamp crayfish and their impacts on the environment and the ecosystem. He is the author of a number of scientific and educational publications and books and has been the coordinator of several research and consultancy projects.