What does capitalism have to do with the Baltic Sea? Frankly, everything. The Baltic Sea is not simply a sea, a body of salty water, but it is rather a creative, generative and multilayered locus of relations; a web of life where both human and non-human species make environments, and environments make species. It is a fluid and ever-changing space shaped by reciprocal relations with specific human organisations and the environment. Environmental historian Jason Moore insists that capitalism, one such specific human organisation, should be revealed as a producer and a product of that web of life1Moore, JW. 2015. Capitalism in the Web of Life. London: Verso.. In other words, the past, the present and the future of the Baltic Sea are formed by a relation of capital, power, and nature, which functions as an organic whole. And this organic whole is in a turmoil of change – climate change.

There are only a few places in the world where the entanglement of capital, power and nature is so visible as in the fishery dependent villages along the coast of Baltic Sea in Estonia. Once ethnically diverse, economically strong and culturally unique, the Baltic Sea coastal culture was eroded during the Soviet Union’s occupation of the land in the 1940s. Many people were forced to escape to the West, and others moved to follow the new axis of power. Small, family-centred fishing crews were replaced with centrally managed fishing kolkhozes, Soviet collectives. Small wooden boats lost their importance as powerful trawling fleets came to replace them. New fishing records were set every year in the Baltic Sea, to meet the objectives laid out by the five-year plans for the national economy of the Soviet Union. Although it was labeled as socialist, the Soviet economy relied on cheap nature2Harvey, D. 2014. Seventeen Contradictions and the End of Capitalism. Oxford University Press. 11. HELCOM. 2018. Status of coastal fish communities in the Baltic Sea during 2011-2016 – the third thematic assessment. Baltic Sea Environment Proceedings N° 161. and cheap labour3Resnick, S. and Wolff, R. 1994 Between State and Private Capitalism: What Was Soviet “Socialism”? Rethinking Marxism. 7:1, 9-30., not differing greatly from the capitalist economies around the rest of the world. 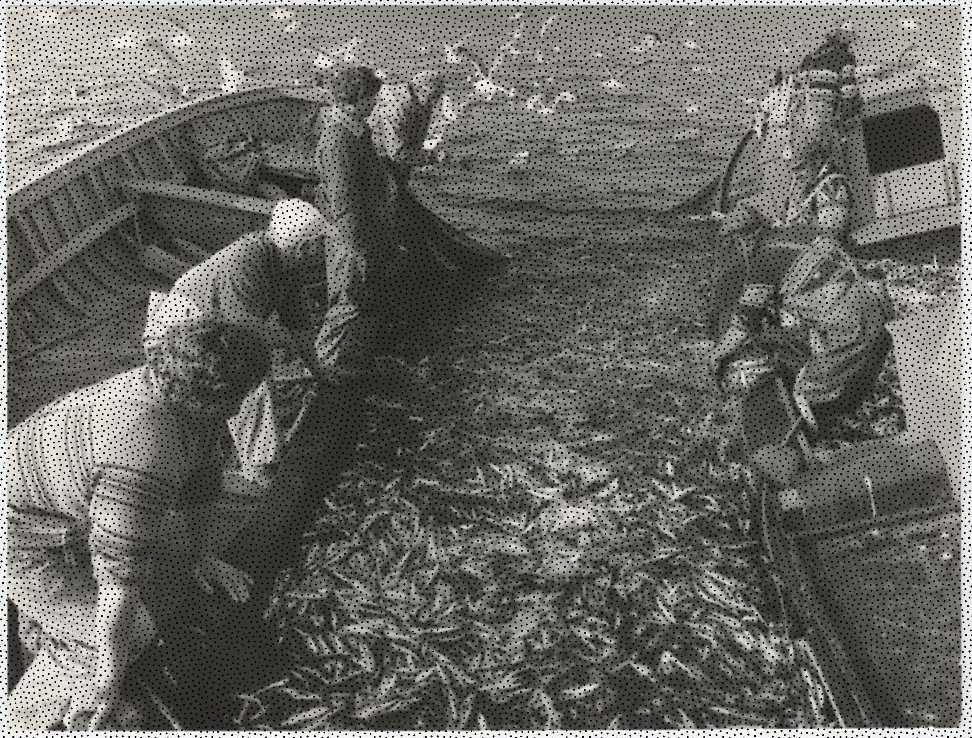 Fig. 1 Just before the collapse. Fishermen checking their nets in the 1970s. The nets are still full of Baltic herring but the first signs of overfishing had started being felt at the time. In the late 1970s Soviet Union fisheries were forced to cut down their fishing quotas due to the collapse of some fisheries and pressure from other Baltic states. (Photographer unknown, MM F 1136/102, Eesti Meremuuseum SA).

Cheap nature was at the service of the state, in an approach best described by marine biologist Trofim Lõssenko, which was quoted widely in fishery related textbooks in the Soviet Union: “waiting for any handouts from nature is not allowed, our duty is to take it”4Jõgisalu, H. 2006. Meri põlõm’te paljas vesi. Kihnu arhipelaag. (Sea is not simply water. Kihnu archipelago.) Tallinn: lIo.. With their forced and cheap labour, kolkhozes became tools to reproduce Soviet power and relationships between capital and nature. Fishermen in Estonia were stripped of their mode of production, forced to work for the ruling power. Personal boats were confiscated, and the sea, with its fenced coastal line, became first and foremost a site for the extraction of cheap resources5Moore, JW. 2016 The Rise of Cheap Nature. In Anthropocene or Capitalocene? Nature, History, and the Crisis of Capitalism. Moore, J. W. (ed.). Oakland, CA: PM Press.. The Baltic seafaring culture of Estonia was put on pause for almost 50 years until the Soviet Union collapsed and Estonia regained its independence.

While there has been much debate around the causes of the Soviet Union’s collapse, little has been said about the fact that its demise took place hand in hand with the slow but steady degradation of nature. Overfishing and pollution from cities and farms resulted in a double-edged problem. The acceleration of eutrophication (a process of dense growth of sea-plants caused by nutrient runoff from agriculture) was perhaps the most alarming issue, in turn compounded by arsenic pollution, mercury concentration and the presence of dioxide in fish organisms. Consequently, fish landings became smaller and fish from the Baltic was considered harmful6Murray, CJ, Müller-Karulis, B, Carstensen, J, Conley, DJ, Gustafsson, BG and Andersen, JH. 2019. Past, Present and Future Eutrophication Status of the Baltic Sea. Frontiers of Marine Science. 6:2. HELCOM. 2010. Hazardous substances in the Baltic Sea – An integrated thematic assessment of hazardous substances in the Baltic Sea. Balt. Sea Environ. Proc. No. 120B. Helsinki: Helsinki Commission.. When the Soviet Union ceased to exist, it was not only the Soviet market and the kolkhozes that disappeared, but also the Baltic Sea as we had known it.

Within this triangulation of capital, power and nature everything changed. Even though the nutrient runoff has been cut down in the last 30 years and fish from the Baltic Sea is considered cleaner and healthier today, the Baltic ecosystem and coastal fisheries have changed beyond recognition, and with them, so has the climate. 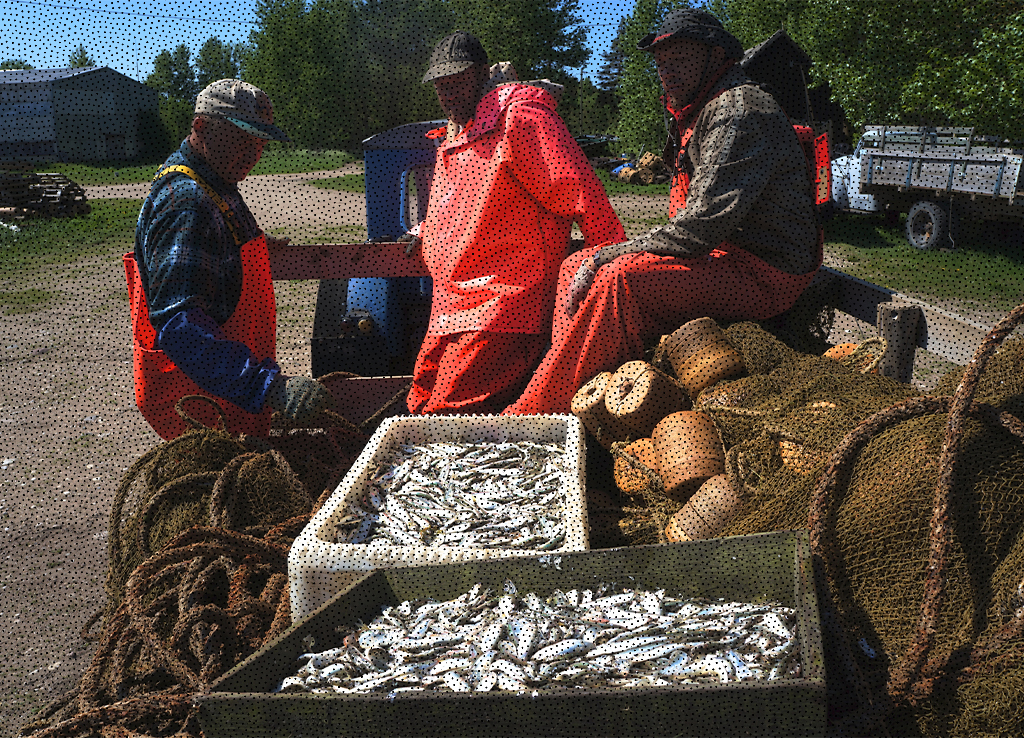 Fig. 2 Empty nets. Fishermen on the Estonian island of Kihnu inspecting the day’s catch in 2013. There are only about a few hundred kilos of Baltic herring in the boxes – not enough to cover the fishers’ expenses. (Photographer: Joonas Plaan)

The changes in the Baltic Sea are most apparent when we speak with those whose life is entwined with the sea: small scale fishermen. During my discussions with fishermen, I found that they repeatedly shared the same insights: the eel has disappeared, the perch is gone, new invasive species have overtaken the ecosystem and most importantly, the wind has changed. Traditionally, the European eel was one of the most important sources of income for coastal fishers – it is now critically endangered7Castonguay, M. and Durif, CMF. 2016. Understanding the Decline in Anguillid Eels. ICES Journal of Marine Science. 73:1, 1-4.. Overfishing in the past and illegal glass-eel trade today are two of the most important causes for the disappearance of the eel8Knott, K. 2020. ‘One of world’s biggest wildlife crimes’: glass eel smuggling and how Hong Kong supermarkets commonly sell endangered European eels. South China Morning Post. https://www.scmp.com/lifestyle/food-drink/article/3081913/one-worlds-biggest-wildlife-crimes-glass-eel-smuggling-and-how (03.05.2020). Capitalism at its best: there is demand and the resources to extract; nothing can stop it. 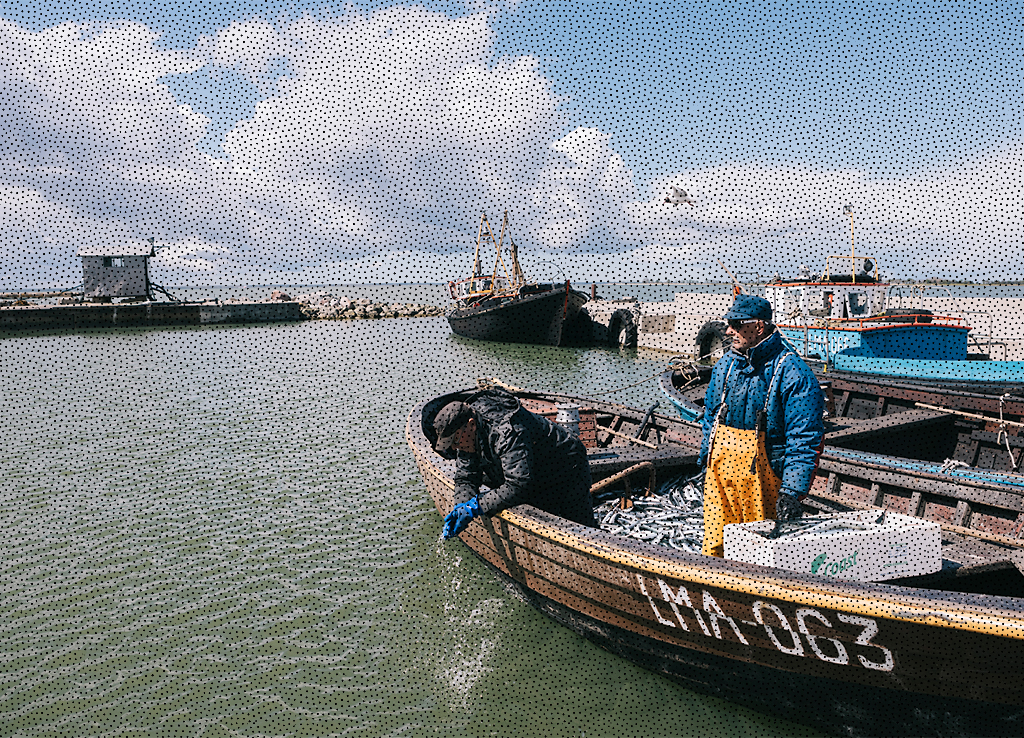 Fig. 3 Fishermen in the maelstrom of capitalism. Men have returned with a boat full of garfish in the hopes of selling it for a good price, but there are no customers in sight. Unfortunately the supply that day was too high, and with almost no demand, it has left the fishermen having to give the fish away for free. (Photographer: Rasmus Jurkatam)

Like in nature, capitalism cannot stand empty space. As long as there is nature to capitalise on, the process of environmental degradation continues. As the eel disappeared, another species – the European perch – became the new culinary star in the restaurants and home-kitchens of wealthy Central Europe. This meant prosperity for Estonian fishmongers and coastal fishers, who happily exported the bountiful catch to European markets9Eurofish Magazine. 2015. Perch fillets air freighted to Switzerland. http://www.eurofishmagazine.com/component/k2/item/411-perch-fillets-air-freighted-to-switzerland (01.05.2020). Nevertheless, that prosperity was short-lived. Perch populations have dwindled since the 2000s – surprisingly, this has not been the result of overfishing; it is a change in the winds that is believed to have caused the crisis in perch populations.

Fishers all over Estonia have noticed that the wind has become stronger, blowing more frequently and more unpredictably, thus making forecasts unreliable. While the wind, like any other weather phenomenon, is ephemeral and undergoes change within hours, days, weeks, or months, it allows fishers to perceive local aspects of environmental change, while revealing to us global changes that are marked by generalised uncertainty. 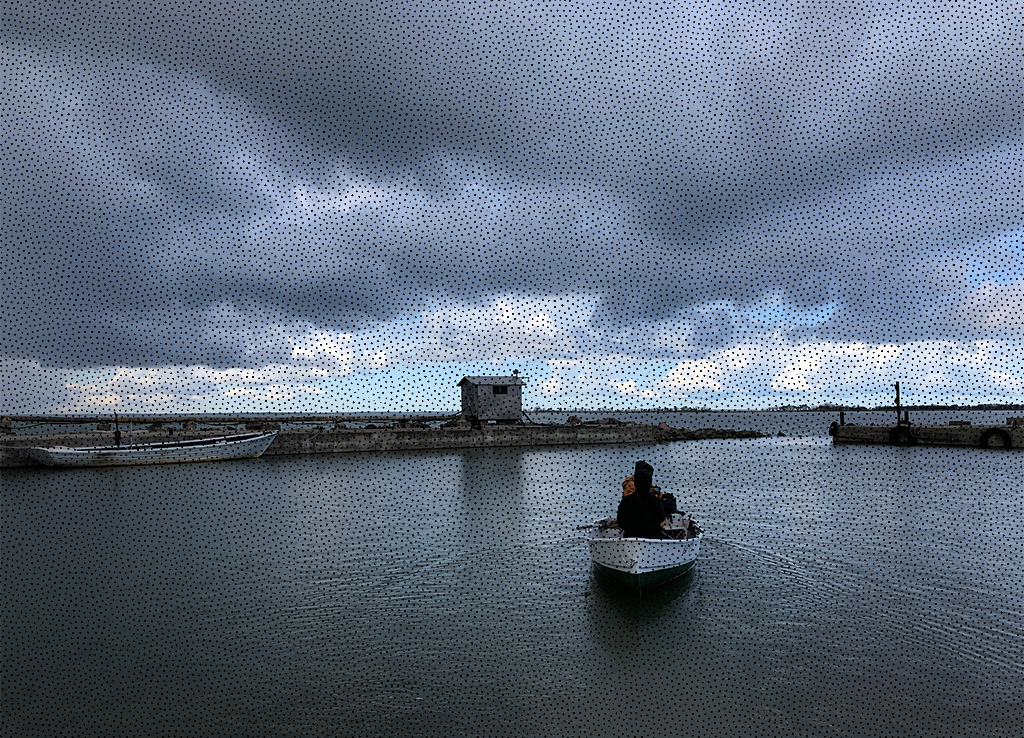 Fig. 4 Before the storm. A local fisherman has been waiting for 10 days to go and check his nets. The winds have become stronger and unpredictable, he claims, as we sail out just before new storm clouds are gathering. (Photographer: Joonas Plaan)

The unpredictable and changed nature of the wind is a sign of climate change. Meteorologically, the climate is used to describe the accumulated patterns of weather in certain places. It provides an experience of stability and changes in climate are normally perceivable only in terms of years and generations. Now however, climate change has begun revealing itself in days of endless wind, preventing fishers from checking their nets for days or even weeks at a time. Milder winters and warmer seawater have strengthened the storms in early spring, which is the most important fishing period10Luhamaa, A, Kallis, A, Mändla, K, Männik, A, Pedusaar, T, Rosin, K. 2014. Eesti tuleviku kliimastsenaariumid aastani 2100. (Climate scenarios in Estonia until 2100.) Tallinn: Keskkonnaagentuur.. Spawning perch cannot get to spawning grounds and instead, warmer waters have attracted invasive gobi who have begun to overtake the ecosystem11HELCOM. 2018. Status of coastal fish communities in the Baltic Sea during 2011-2016 – the third thematic assessment. Baltic Sea Environment Proceedings N° 161.. As a result, fishers are left with empty hands and nets full of fish that nobody wants.

The current ecosystems crises in the Baltic Sea highlight the fact that capitalism is neither a purely economic nor a purely social system, but rather a shifting relation of capital, power and nature that evolves as an organic whole. The past and present of Estonian coastal fisheries provide us with a good of example of how the fluid and ever-changing sea is entwined in this triangulation of capital, power and nature, in turn inextricably shaped and increasingly altered by climate change.

Joonas Plaan is an environmental anthropologist working in the Estonian Fund for Nature as a sustainable fisheries expert and a Lecturer in Anthropology at Tallinn University. In an attempt to understand human-environment interactions, his research interests range from political ecology to sustainable development, and from marine ecology to climate change.