For millennia, people have been fascinated by the idea of artificial islands. In Neolithic Ireland and Scotland people lived on defensive wooden islands in lakes called crannógs1Wood-Martin, W.G., 1886. The lake dwellings of Ireland: or, Ancient lacustrine habitations of Erin, commonly called crannógs. Hodges, Figgis & Company.. Construction of the ancient island site of Nan Madol, Micronesia began as early as the 8th century2Athens, J.S., 1980. Pottery from Nan Madol, Ponape, Eastern Caroline Islands. The Journal of the Polynesian Society, 89, pp. 95–99.. Indeed, Thomas More’s (1516) Utopia was an imagined artificial island in which everything was perfect (Figure 1); a concept that has transcended time with many recent artificial islands being designed and promoted as utopian paradises where the global elite can live, work and play in eco-friendly, green and smart cities3Grydehøj, A. and Kelman, I., 2016. Island smart eco-cities: innovation, secessionary enclaves, and the selling of sustainability. Urban Island Studies, 2, pp. 1–24.. Nowhere exemplifies this concept better than myriad artificial islands of Dubai where one can stay in the world’s only 7-star hotel and even own their own artificial island in the shape of their country of choice. Artificial islands have been referred to as hybrids of nature and technology4Jackson, M. and della Dora, V., 2009. “Dreams so big only the sea can hold them”: man-made islands as anxious spaces, cultural icons, and travelling visions. Environment and Planning A, 41, 2086–2104., designed and crafted by humans, for humans, but ultimately existing in natural environments. 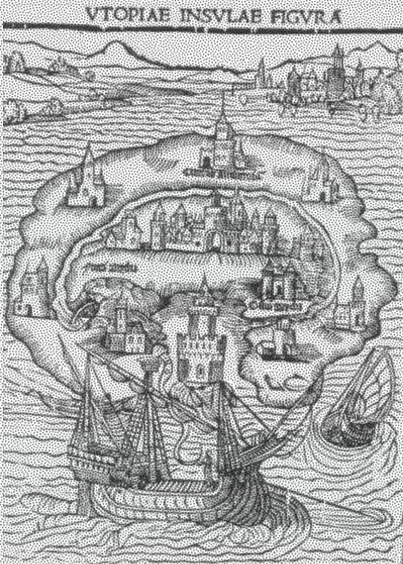 Fig. 1
Illustration of the original artificial island by Ambrosius Holbein for the 1516 first edition of Thomas More’s Utopia.

In the field of ecology, “ecosystem engineers” are organisms that can alter their environment to release resources, not only for themselves, but for other species as well. The classic example is the beaver, which cuts down trees to make dams and flood forests. The ultimate ecosystem engineers, however are humans. We have long been designing terrestrial ecosystems to yield services for society5Ross, M.R., Bernhardt, E.S., Doyle, M.W. and Heffernan, J.B., 2015. Designer ecosystems: Incorporating design approaches into applied ecology. Annual Review of Environment and Resources, 40, pp. 419–443., transforming wildlands to agricultural, managed and built landscapes6Ellis, E.C., 2015. Ecology in an anthropogenic biosphere. Ecological Monographs, 85, pp. 287–331.. In coastal environments where human population densities are particularly high and land is scarce, we are turning our attention to the sea. We are converting shallow coastal habitats such as sand and mudflats, saltmarshes, coral reefs and mangroves into artificial islands that are suitable for development. While this is not a new practice, the scale and ambition of such projects have increased since the construction of the Palm Jumeirah, Dubai in 2001. This palm-shaped island is just one of hundreds that were initially designed (Figure 2) as part of the planning for a post-oil economy, with the view to high end tourism and property. 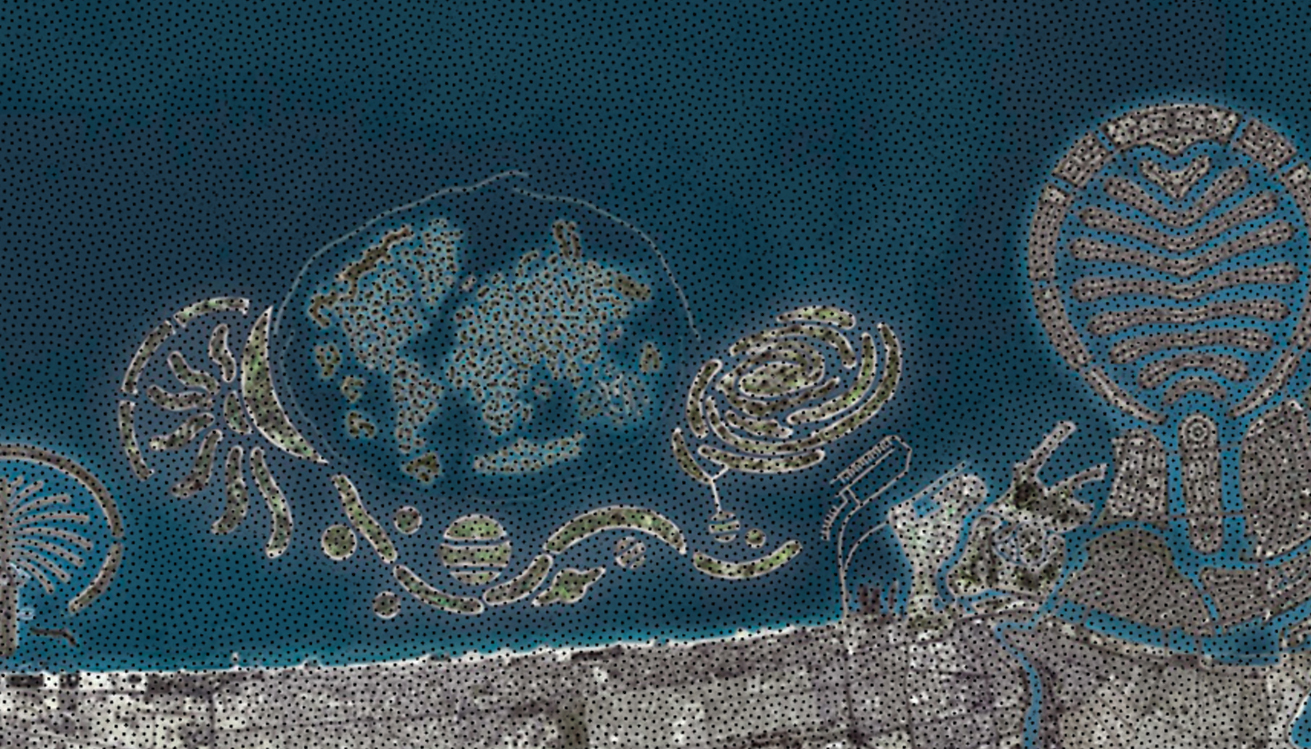 Fig. 2
The planned, but unrealised coastline of Dubai. The Palm Jumeirah (far left) and The World (centre top) do exist today, but the rest of the islands (The Palm Deira and The Universe) still only exist on planning blueprints.

In recognition of the need to mitigate and compensate for the impacts of coastal development, the field of ecological engineering strives to make space for nature in the built environment, through engineering interventions. This burgeoning field of research has produced many success stories featuring wide-ranging methods of ecological enhancement on marine artificial structures. Examples include increasing topographic complexity and addition of microhabitats to encourage the recruitment of native species, transplanting of habitats and species that are important from a conservation (e.g. threatened species) or functioning (e.g. mussels that filter seawater and improve water quality) perspective, through to the design of large-scale precast concrete products (e.g. the BIOBLOCK, Figure 3) that can replace and augment artificial structures and provide habitat and shelter for myriad species9Firth, L.B., Thompson, R.C., Bohn, K., Abbiati, M., Airoldi, L., Bouma, T.J., Bozzeda, F., Ceccherelli, V.U., Colangelo, M.A., Evans, A. and Ferrario, F., 2014. Between a rock and a hard place: environmental and engineering considerations when designing coastal defence structures. Coastal Engineering, 87, pp. 122–135.. 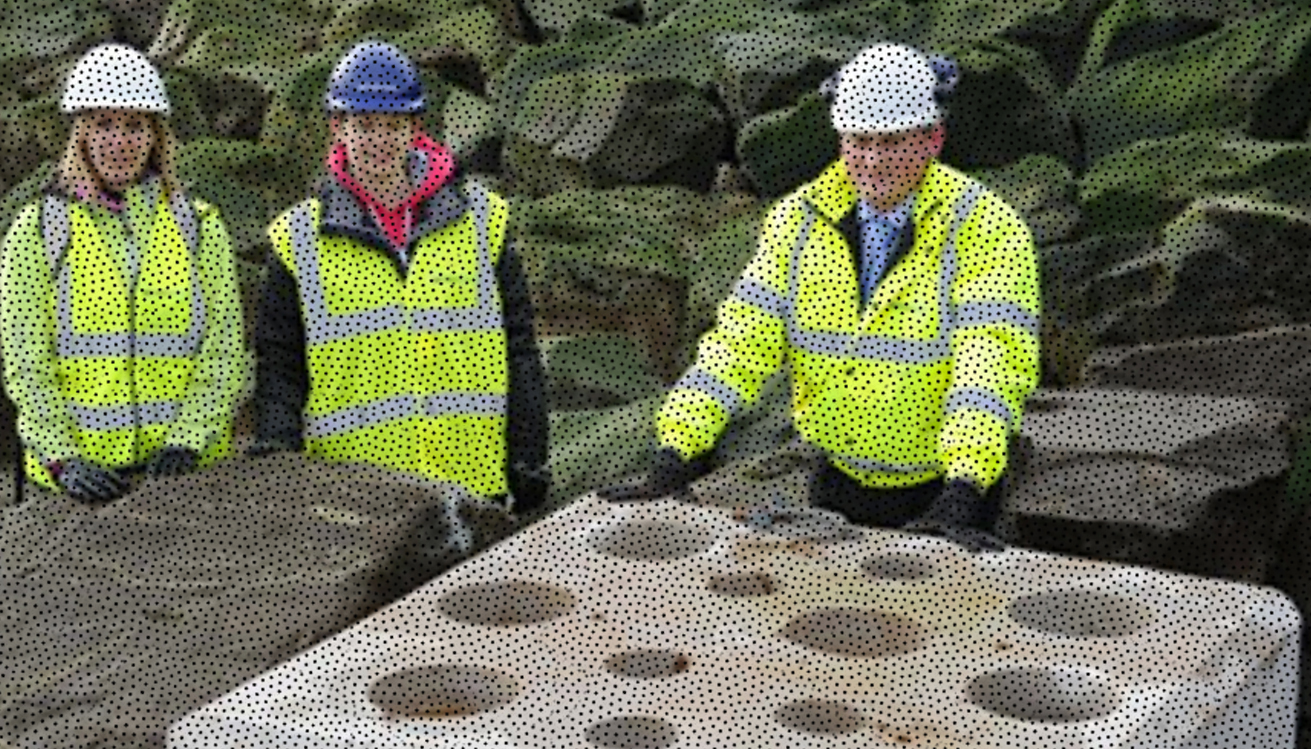 The scale of the project is very important when weighing up the benefits to nature. If eco-engineering is implemented on very small-scale, or indeed in redevelopment projects, then the net gains for biodiversity and nature can indeed be positive. When a development is very large-scale, as for example in the case of artificial islands, achieving net gains for biodiversity and nature is much more challenging.

The human population is currently 7.8 billion people and is expected to reach over 11 billion by the end of the century. Coastal development is inevitable. Additionally, climate change, sea level rise and increased storm frequency will drive investment in hard coastal protection infrastructure such as seawalls and breakwaters. It is imperative that existing natural habitats are preserved and protected from development. Where development is deemed necessary, redevelopment is advocated over breaking new ground, and ecological engineering should be incorporated into the planning. Under no circumstances should ecological engineering be used as a ploy to facilitate the consent of large-scale projects such as artificial islands.

By their very nature artificial islands will be low-lying and potentially vulnerable to future water intrusion by storms or sea level rise. In the field of ecology, an ecological trap is a scenario where an organism exhibits a “preference” towards a poor-quality habitat that reduces its fitness. In a way, artificial islands could also potentially be viewed as sort of “trap” for humans; choosing to buy property on an artificial island that is subsequently inundated by flooding leads to financial loss and undoubtedly, stress and energy costs.

Interestingly, and perhaps a bit ironically for low-lying island nations, not only are fixed in situ artificial islands being constructed for climate migrants as a solution to sea level rise10Sovacool, B.K., 2011. Hard and soft paths for climate change adaptation. Climate Policy, 11, pp. 1177–1183., but there are proposals for the construction of floating artificial islands as the solution to the problem in other places11Lister, N. and Muk-Pavic, E., 2015. Sustainable artificial island concept for the Republic of Kiribati. Ocean Engineering, 98, pp. 78–87.. In the face of pervasive global climate change, rising seas, and population increases these Leviathan hybrids of nature and technology are likely to become even more pervasive. It is imperative that we consider their wider environmental impacts and not allow promises of biodiversity and nature gains to facilitate consenting the process.